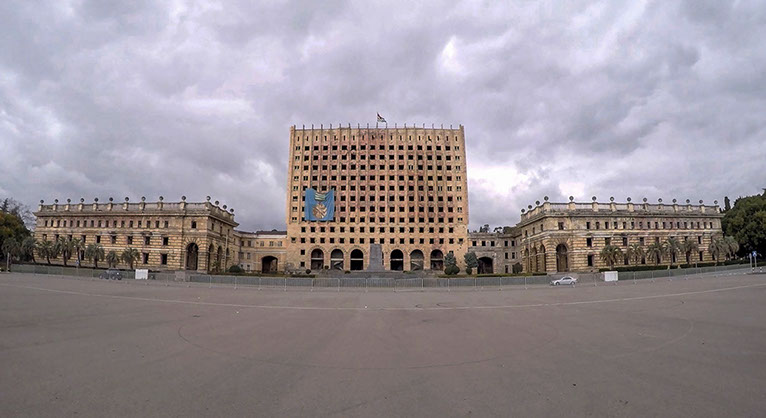 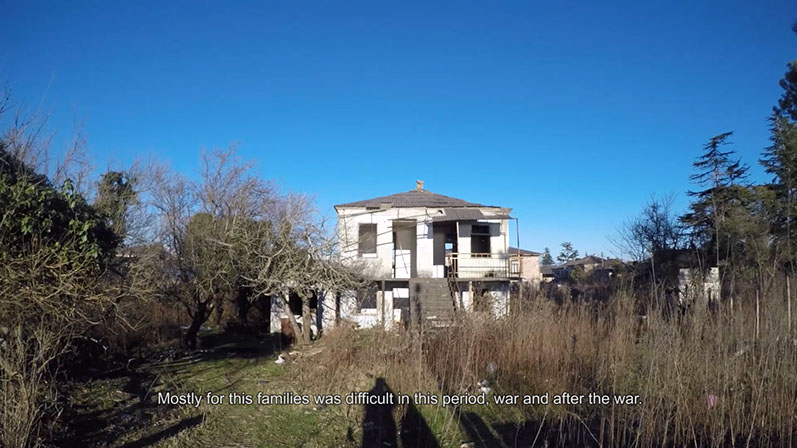 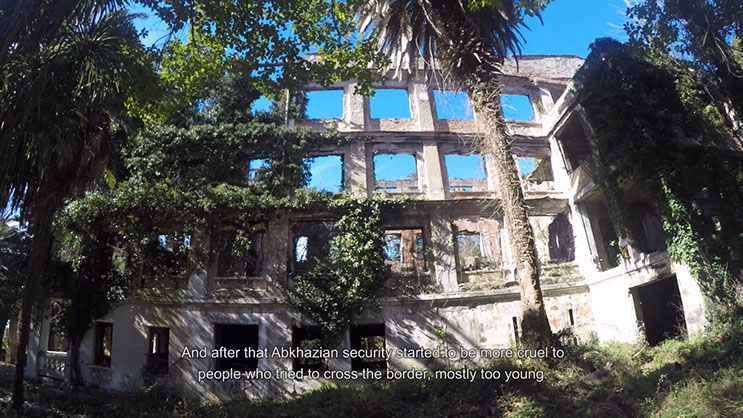 First, there is a crackle: a needle tracing the groove of a record. The opening footage depicts a landscape in passing, backlit by the morning sun. The crackle is slowly drowned out by what is presumably a traditional song. After a few moments, the seeming innocence of the landscape—or rather, of our view of it— is broken by the subtitles. Before a word is spoken, they identify the region as Abkhazia, a frozen conflict zone located between Georgia and Russia. Despite the fact that the majority of the territory’s inhabitants identify Abkhazia as a state, it is only recognized by a marginal portion of the so-called United Nations and de jure part of Georgia. As the interviewee reflects on politics, the war, and his personal situation, the video presents abandoned urban landscapes and city outskirts. The camera seems to be searching for a knowledge, which is inscribed into the architecture and the landscape, a knowledge that may differ from the narrator’s account. But this visual knowledge doesn’t contradict the narrative—rhythmically strung together, it seems to listen, continuously and calmly, complementing the dialogue in its own way.   [J.F.]