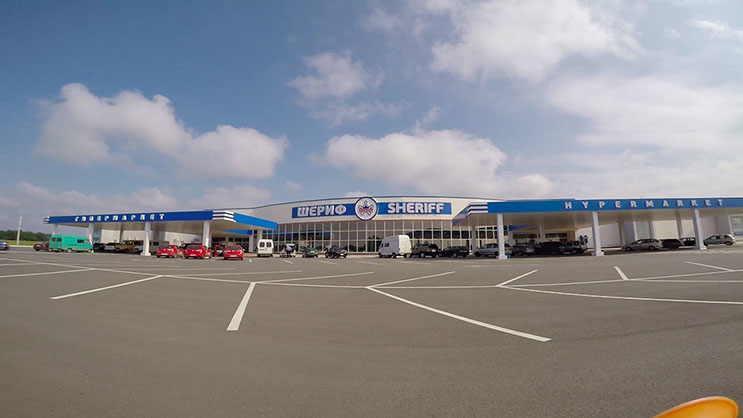 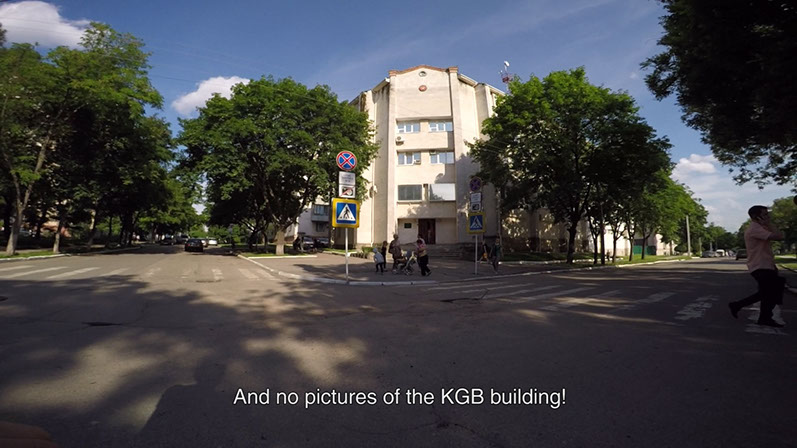 The narrative in Trans'nistria takes on a completely different form. The conversation partners in Tiraspol go unnamed. Moreover, the kind of probing visual thought that defines the other narratives found throughout "Fragments I" is absent. Instead, the artist follows the clues that his conversation partners give him—by undermining them. No pictures of the KGB building, the voice says. And then the KGB building in Tiraspol is shown. As the filmmaker approaches the parliament, the voice says, do not come in front of Lenin and take a picture. The artist then films the statue from the front. This mischievous gesture, amplified by the fact that the artist is riding around with his camera mounted onto a bicycle, is amusing, but it has an utmost bitter aftertaste: in the end, these restrictions are still the status quo. This is only reinforced by the fact that the monopolistic corporation that dominates the country’s market—and has ties to the government —bears the name Sheriff.   [J.F.]

Interview with: Anonymous people around Tiraspol