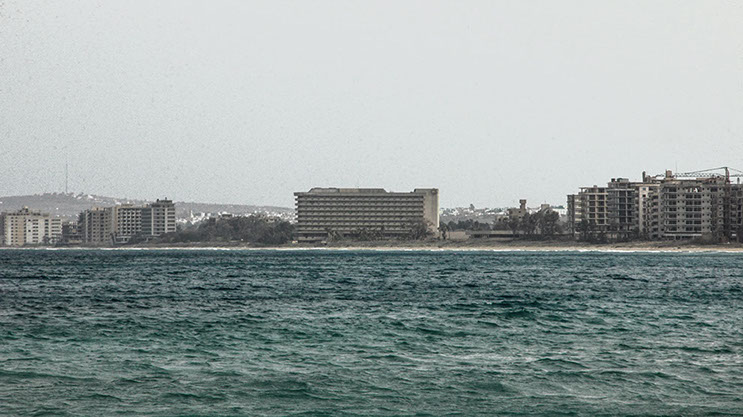 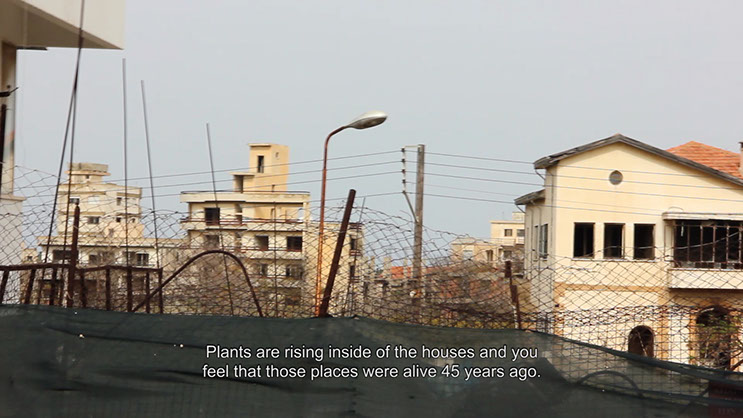 Cyprus and the view of the open sea, which stands in for the appearance of the narrator as the anonymous conscript soldier reports that there was once peace between the ethnic Turks and Greeks in Cyprus—until the rulers of the Ottoman Empire sold it to Great Britain. With the sound of the sea in the background, the camera slowly pans across the coast and the skyline of Varosha; a slideshow of idealized postcard motifs of the same skyline form the close of the film. The slow camera pan indicates a present day that is defined by borders, but also romanticized in nostalgic postcards, at least for the sake of tourism. But before the film closes, we encounter a similarly glorified representation of the hills near Kyrenia (Girne), where the gigantic flags of both the Turkish Republic of Northern Cyprus and Turkey are placed in the landscape.   [J.F.]

Interview with: A conscript soldier